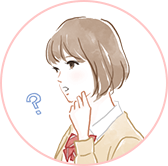 Scoliosis is a condition in which the spinal column is bent to the side. At the same time, the spine twists toward the convex side of the curve, resulting in a three-dimensional deformity.
There are two types of scoliosis: "idiopathic scoliosis" and "symptomatic scoliosis."

The cause of “idiopathic scoliosis” is not yet known. There are many theories as to the cause, but it is not yet known exactly what it is. Some theories are “This may be because the growth of vertebrae in the spinal column is relatively greater than the growth of soft tissues such as muscles and ligaments” and “Even within the same spinal vertebrae, there may be a relative difference between the growth of the anterior vertebrae and the posterior vertebral arch.”
The progression of idiopathic scoliosis essentially stops once growth is complete. Idiopathic scoliosis can occur in infancy, school age, and adolescence, but most common with a progressive onset during puberty, i.e., the second growth period (10-15 years of age).

How to evaluate scoliosis

If the Cobb Angle is less than 30 degrees, the deformity is not noticeable and surgery is not performed. When the Cobb Angle is over 40 degrees to about 50 degrees, the deformity becomes more noticeable, and surgery may be more often performed.
Idiopathic scoliosis has several curve patterns, including curves in the thoracic spine, curves around the thoracolumbar transition, and curves in both the thoracic and lumbar spine. 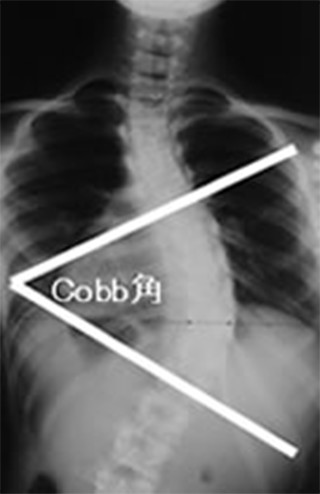 Problems caused by the development of scoliosis

Scoliosis is not only the lateral bending of the spine, but also the rotation of the spine to the convex side of the scoliosis, i.e., the structural changes in the three dimensions of the spine that causes the spine to twist.
Thus, not only does the rib cage shift to either side of the body, causing the bodyline and neckline to become less symmetrical, but it also causes cosmetic problems, such as a raised back on the convex side of the body.
Idiopathic scoliosis is more common in females, so appearance issues can be important. The thoracolumbar curve also causes the pelvis to tilt and the edge of the belt, skirt or waistline to tilt. This is a condition that occurs when the left and right sides are no longer symmetrical.
In severe cases, respiratory problems (decreased lung capacity) due to thoracic deformity associated with spinal deformity can be a problem.
You may also be more likely to develop lower/upper back pain in later adulthood (especially after middle age but even in the young) compared to those without scoliosis. 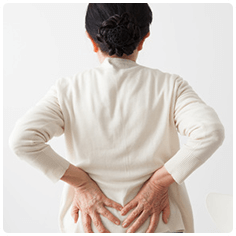