Specializing in surgery of scoliosis and other spinal diseases 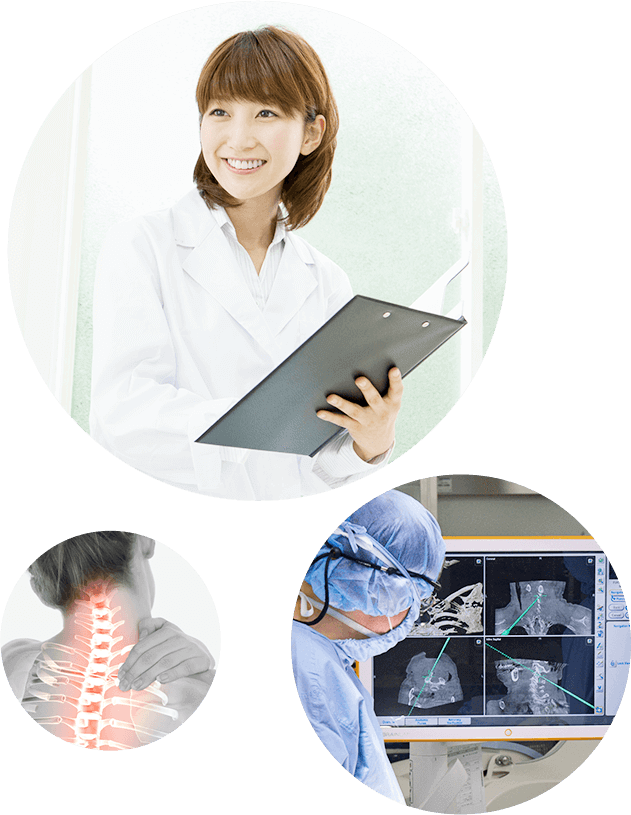 We perform robotic spine surgery based on the ARTIS pheno and other computer-assisted spine surgery systems (Navigation Spine Surgery System.)

The Navigation Spine Surgery System is a computer-assisted spine surgery system that combines the ARTIS pheno CT-like imaging system with an interlocking operating table and the Curve® navigation system,so called “Spine Hybrid OR”.
Computer-assisted surgery increases safety and accuracy as the surgical instruments are accurately navigated while performing the surgical procedure.
In October 2012, when Shonan Fujisawa Tokushukai Hospital moved to a new building, we started the world's first spine surgery navigation system using a combination of ARTIS zeego, new interlocking operating table and new Curve® navigation system.
By the end of December 2018, more than 18,000 screws were inserted into the spine, requiring replacement is 38 of them (just over 0.2%).
The new system was installed in January 2019, replacing it with an even higher-end spec system from around the world, mainly the ARTIS pheno.
In April 2021, we started the Robotic Spine Surgery based on the ARTIS pheno and curve navigation system. 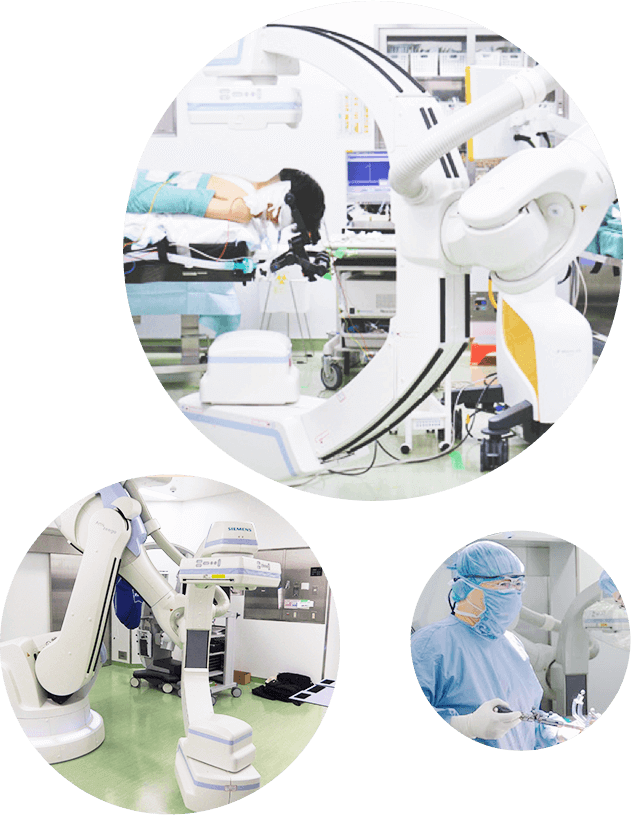 We cut it small so it's inconspicuous. We take into account the surgical scars.

A small incision with no visible scars.

For idiopathic scoliosis, the center performs posterior corrective fixation, and also "anterior correction and fixation of spinal deformity through a small incision using an endoscope", which Director Ebara has been developing for more than 20 years in cooperation with a domestic medical equipment manufacturer.
This is an endoscopic procedure in which a small incision is made in the armpit, and the surgical scars are hidden in the armpit, making them less noticeable it will be.However, it is not adapted to severe, stiff or long curves or neither seniors. 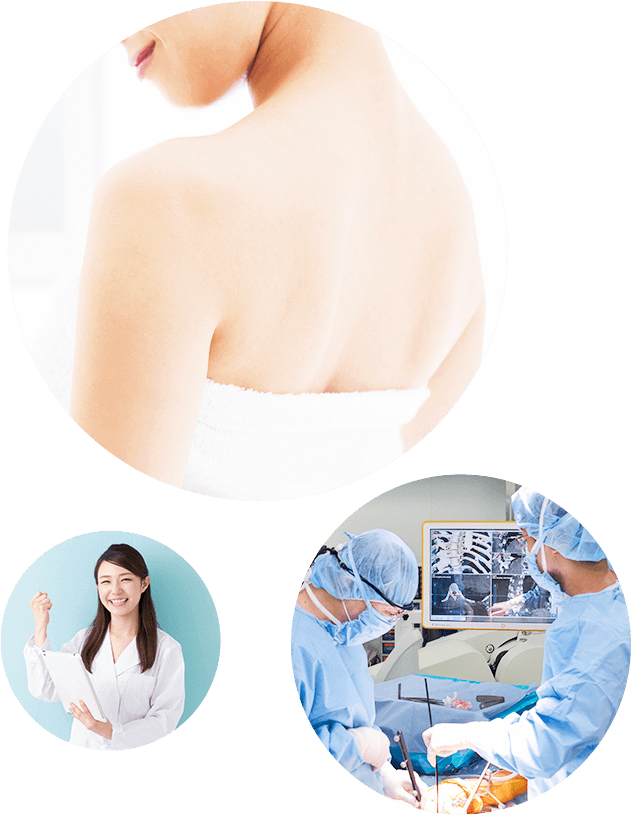 In order to improve safety, spinal function is monitored by sensory evoked potential measurements during surgery.
Scoliosis surgery also includes spinal function monitoring with motor evoked potentials. In the unlikely event that an abnormality nervous system occurs, it can be detected and countermeasures can be taken immediately.
Director Ebara is a pioneer in endoscope-supported small incisional anterior scoliosis surgery, the first to perform a navigational spine surgery system in Japan, and has extensive experience in the use of spinal navigation surgery.
In addition to the dedicated spine surgery nurses, all of our members, even x-ray technicians, laboratory technicians and medical engineers, are dedicated to providing highly specialized surgery 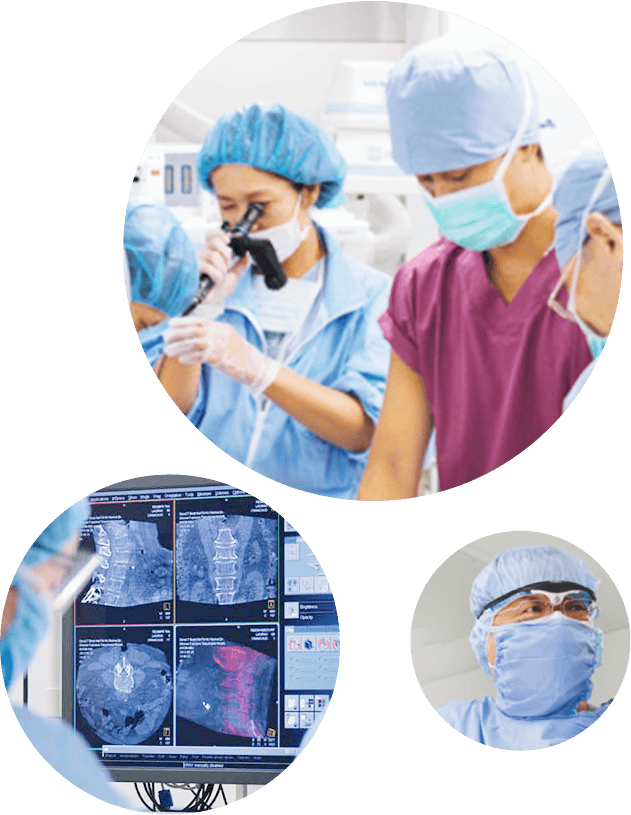